If you own a vehicle in the 4×4 category (SUV, Jeep, or a pickup), then running boards are inevitable add-ons you can’t resist. You see, most vehicles in this category are typically a foot higher from the ground as compared to most other autos making it challenging to get on and off. In fact, it’s extremely challenging and risky if you’re a senior, a short motorist, or someone with a disability. Therefore, to give yourself a boost on to your 4×4 auto while still accentuating the exterior looks of your car, running boards are generally a must-have. But, what are running boards exactly?

Running boards have been around for several centuries now. Though introduced in the 17th century (where they were installed in carriages), their necessity became evident in the 20th century where they were equipped on automobiles of the time. These vintage cars had tall narrow tires that allowed them to traverse through unpaved terrains with ease. Since these vehicles had high bodies, running boards were necessary to help people get on and off.

What Are Running Boards?

If you happen to ask most people what running boards are, they’ll say they don’t know them even after having them right on their SUVs or pickups. Now running boards or footboards are generally structures that extend around the perimeter of your vehicle. They’re usually located just below the doors and are mounted in a way that they flush against the rocker panels of your car.

Their purpose is to provide some convenience when getting in and out of vehicles with a high clearance such as most trucks and SUVs. However though, following rapid popularity in aftermarket running boards in the market, most motorists are taking this advantage to accentuate the integrity of their cars (though you have to confirm with your car manufacturer to avoid voiding your car’s warranty).

Other than that, running boards are protective add-ons that shield your car from various forms of debris. You see, when you’re driving, your car’s front tires are likely to pick and kick various forms of road debris such as dirt, tiny rocks, and nails. If you’re not careful, such debris can be thrown high enough to scratch your windows or damage the side panels.

Running boards can also act as exterior doormats where you can wipe the soles of your footwear before entering the car. Since they’re designed with a gripping surface, they also improve traction to prevent slipping which can cause injuries.

Finally, I would like to mention something about sidebars just to make everything clear. Now, running boards generally flush against your truck’s rocker panels. They’re also wide with a flatter profile. On the other hand, sidebars (also called nerf bars, side steps, and step bars) are tubular shaped and are mounted a few inches away from the vehicle’s body. They’re made of either steel or aluminum and span all the way from the front door to the cabin area with slip-resistant rubber grips on each door.

While most running boards are factory-installed, sidebars on the other hand are aftermarket modifications that serve as running boards and as add-ons to boost your car’s integrity.

Since we’ve already discussed what exactly running boards are, the next part of this article will be a comprehensive discussion about the various types of running boards.

These types of conventional running boards are the ones you’ll find fitted on most vehicles. They’re the most popular and are usually factory-installed whenever you buy a new truck or SUV. These running boards are also referred to as wheel-to-wheel running boards. That’s because their lengths span between the front and the rear tires of your vehicle.

Depending on your taste, you can get these running boards in either a one-piece section or two separate adjoining sections that can be fitted at the exact length of your truck. For the case of the two-piece applications, the first section has a length that corresponds to that of the front under the cab section while the second piece has its length corresponding to the rear under the cab section.

Although these types of running boards are expensive, most people still consider them due to their decorative advantage. They’re usually used on vehicles with a high clearance such as trucks, Jeeps, and SUVs to offer a more modern sleeker appearance.

These running boards are usually reinforced with aluminum, fiberglass, plastic, rubber, or diamond-plate steel to give them a higher range of UV-resistance as well as resistance against regular wear. Besides, these types of running boards are sculpted to match the unique contours of your vehicle and can be painted to match your truck’s paint job. They also have deluxe extra-wide slip-resistant grips that reduce slips to prevent cases of injuries.

Since these types of running boards are basically aftermarket enhancements, installation involves mounting them on your truck’s custom fit-brackets.

Most molded running boards only focus on style and aesthetics and fail to do well in enduring a higher weight capacity. However, if you’re looking for running boards that are tough enough to endure greater weights, then those made from aluminum and steel are worth your time.

Made from industrial-strength materials, these types of running boards match the big-scale style of most trucks and SUVs. One huge advantage is their ability to endure greater weights of up to 500 lbs. Their footsteps are made of textured diamond plate patterns that provide excellent traction for a much safer and secure footing regardless of the weather condition.

These types of running boards come with a knockout combination of style and functionality. They have LED lights that give your vehicle a stylish glow when you open the doors. That’s all thanks to the built-in wiring that connects the running boards to the ajar sensor to activate the lights when the doors are opened.

There are times when the convenience of running boards is inevitable but you still wish to maintain the soft looks of your vehicle’s side clearance. If you’re in such a dilemma, then there’s no reason to worry as there’s the option of installing motorized or power-operated running boards.

Such running boards, which include the AMP Research Powerstep are designed with a centralized control module that’s placed under your car’s hood then wired to powered motors on the bracket ends. The whole system is then connected to your electric door sensors to help in activating and deactivating the running boards whenever you open or lock the doors.

What this means is that whenever you open your car’s doors, the running board swings out and retracts once the doors are shut. Since they don’t cause any inconvenience when the car is moving, their steps usually extend much farther out to provide a wider stepping platform. This is quite different from their fixed running board counterparts.

If you own a raised vehicle such as an SUV, Jeep, or a truck, then it’s imperative to install running boards. Not only do they make it easier for you to get on and off your vehicle, but their lower steps also help to provide some boost to kids and elderly passengers who might be having some mobility issues.

When I mention protection against tiny rocks and debris, I believe most people will wonder what mud flaps are made for right? Now, although mud flaps are specifically designed for this, most motorists perceive running boards as an added advantage.

This is more evident when off-roading where your car’s tires tend to shoot all kinds of road debris (such as tiny rocks, gravel, and nails) to your car’s side panels and windows. If this is prolonged, then it can cause mild to severe scratches on your car’s body paint thus lowering its integrity in case you wish to sell it.

It’s always said that your car is a home with wheels. So, to keep the interior clean, you need to add a kind of a doormat where passengers can step on and wipe dirt off their feet before getting on.

Running boards such as the DeeZee Rough Step, the Dorman Chrome Truck, and the Luverne Grip Step are some of the best running boards for wiping your footwear as they have perforated grate patterns that remove dirt and mud from your footwear (except heals) before entering a vehicle.

Lastly, yet importantly, running boards are among the few aftermarket accessories that completely transform the appearance of your truck. Unlike sports cars, trucks offer a few options when it comes to transforming their appearance with running boards being one of those.

So, with a set for both sides, your truck will have a whole new look that will catch the attention and the eyes of any car enthusiast. In addition, running boards can help to increase your truck’s resale value, which will actually improve your chances of landing a willing buyer.

Although one of their key tasks is to keep your car’s interior clean, they have a tendency of accumulating dirt, snow, and other debris making your vehicle appear dirtier than it really is.

Another downside of running boards is their weight limit. Although the material and the design of the running board do matter, plastic molded running boards, in particular, tend to have a very low weight limit that can cause major inconveniences in case you need to carry heavy senior passengers.

This is especially true if you’re installing running boards in a car that has a low profile. This will generally make it harder for you to get under your truck or SUV in case you need to fix something.

So, What Type of Running Board Should You Get?

Now that you’re fully equipped with solid information regarding running boards, the final step is to decide exactly which route to take. Here, the answer to the question “which type should I get” will greatly depend on the reason why you need the running boards in the first place.

If you’re getting them for aesthetic reasons, then those molded from plastic are the best option. That’s because they’re affordable and can conform to your vehicle’s curves. The only downside is that they’re weak and less durable.

On the other hand, if you’re looking for something that can offer substantial support alongside that extra boost, then those versions made of steel or molded plastic with an aluminum baseboard are the best. Though a hefty investment, these types of running boards are generally the best when it comes to safety.

Lastly, if you’re not a fan of running boards but you like the amount of convenience they offer, then you might think of adding the retracting version. These are designed to stretch out and retract back in whenever the doors are opened or closed.

As you can see, there are many benefits associated with installing the right running boards. Not only do they act as ladders for short passengers, but they also act as doormats and as cool enhancements for your truck or SUV. The most important thing however, is to have a reason as to why you’re installing them. This way, you can easily find the right flavor that will work for you.

Finally, once you decide on what to buy, always make a point of hiring a professional installer to fit the running boards for you to avoid ruining your car’s warranty. Also, this can help to prevent future accidents as running boards can easily dislodge from their mounting points if they’re not fitted correctly. 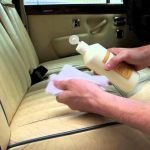 How to Clean Leather Car Seats Like a Pro 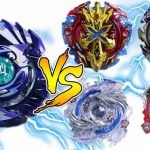 How to Start a Weed Eater

How to String a Weed Eater